So my wife wanted a new shed (for good reason, the old one was literally falling apart), and I wanted a new project, one that was less computer related. So I ordered a prefabricated shed from B&Q. That was back at the tail end of March. Well that shed arrived about a week ago. And we now have a shed. I have plans for this shed, I intend to set it up with lighting, and power, but without the need to connect it to my domestic electricity supply, it’s at the bottom of the garden after all, and a mains cable running the length of the garden is dangerous. So I intend to build a small off grid solar power system for the shed. But that is for another time, this post is about building the shed.

So to start off, the area we want the shed to live was already paved. 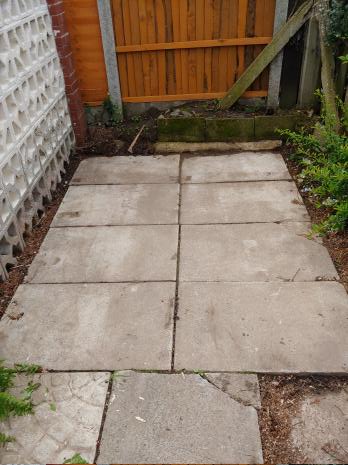 Which made starting this project much easier. The next step was to protect the wood, so we (and by we I mean predominantly my wife) painted the outside of the panels, with some left over fencing paint for the parts that wouldn’t be visible, like the roof and the base 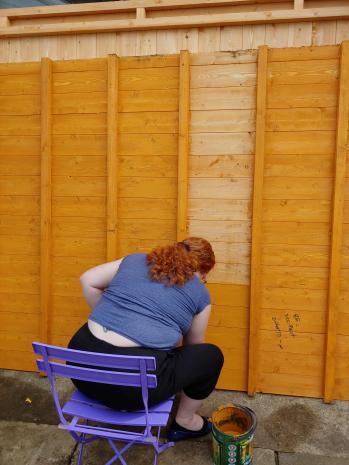 and then with the colour chosen specifically for the shed for the sides and trim. 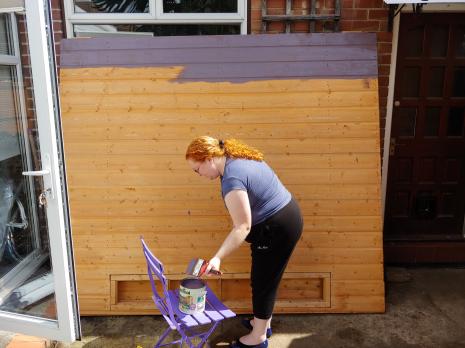 After this was done we put down some bricks to lift the shed off the floor, so that air could flow underneath it, so that hopefully it won’t get as damp, and will last longer. 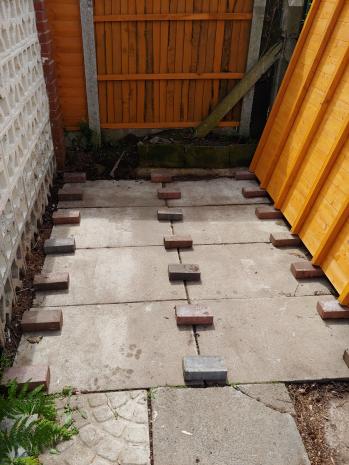 I have fewer images of actually putting the shed up, we needed the help of my brother to get from the base down 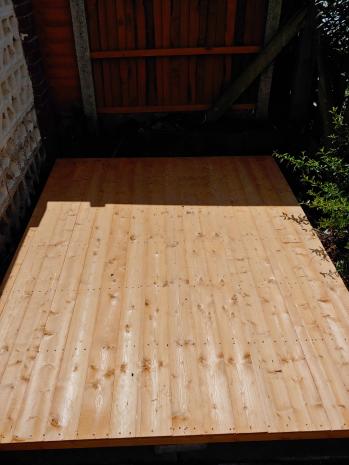 to the structure completed 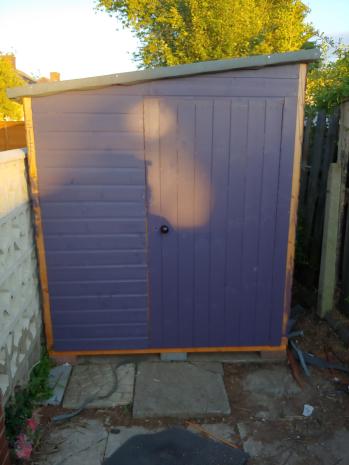 but most of it was reasonably straightforward, just needing the strength and co-ordination of the three of us. The felting of the roof needed more thought, and we didn’t do the best job, but we did a good enough job I feel.

After all that putting on the finishing trim, and adding some guttering to feed into a water butt, was easy enough 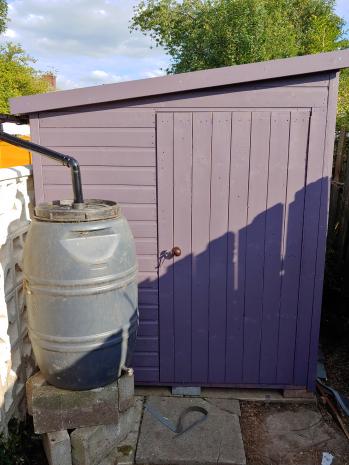 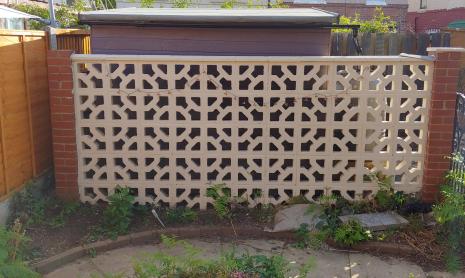 And now I have a blank slate to work with 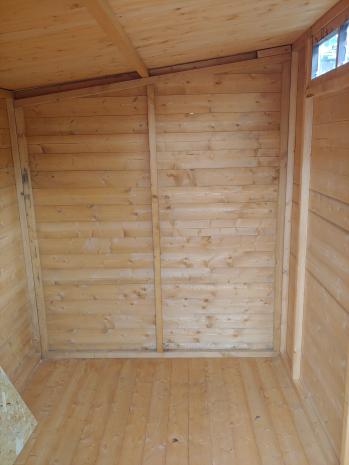 into which I can start to add my off grid power setup. 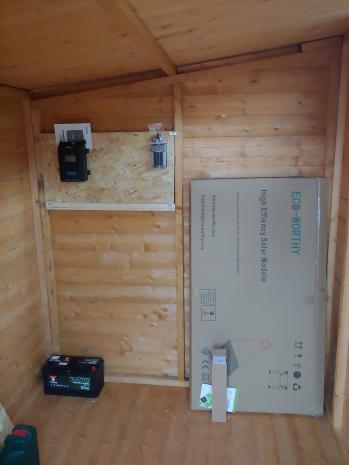